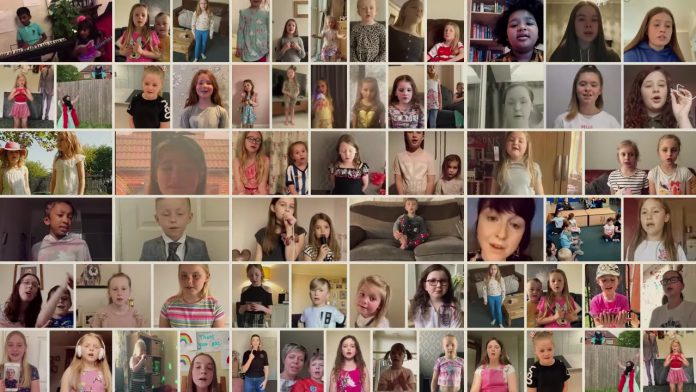 Hundreds of Rotherham children have joined forces to create a stunning musical tribute to everyone in the local education community.

The virtual performance of A Million Dreams by children from schools across the borough was the brainchild of the Rotherham Schools Improvement Service (RoSIS), based at Rotherham Council.

They wanted to say thank you to all the school staff, parents and children in Rotherham for their hard work and dedication during the pandemic – including all those who are home schooling and the many schools which have remained open every day for vulnerable children and children of key workers.

So they put out a call to our schools and asked them to share the lyrics and backing track with their communities. Families returned their videos of children performing the track, which is from the smash hit musical, The Greatest Showman, in their droves and they were mixed together into a powerful, emotional performance.

Tom Austen
Tom grew up in Aston, Rotherham and studied Human Geography at Nottingham Trent University before developing a passion for promoting Rotherham and a nose for a good story.

Community groups in South Yorkshire are being encouraged to apply for funding of up to £10,000 from a new grants programme launched...
Read more
Charity

Gulliver’s Valley is putting out a final call inviting local schools or youth groups to attend a special event being held at the Rotherham theme park.
Read more

Rotherham people urged to get tested for COVID-19, whether they have...

The places where you can Eat Out to Help Out in...

Paul Burling set to make an impression in Aladdin this Christmas

Skydivers show there’s no limit to their fundraising

Web design by Next Pixel

MyRotherham is a new digital platform for the borough. If you would like to contribute, please familiarise yourself with our content guidelines and get in touch.

Contributor Login
We use cookies on our website to give you the most relevant experience by remembering your preferences and repeat visits. By clicking “Accept All”, you consent to the use of ALL the cookies. However, you may visit "Cookie Settings" to provide a controlled consent.
Cookie SettingsAccept All
Manage consent

This website uses cookies to improve your experience while you navigate through the website. Out of these, the cookies that are categorized as necessary are stored on your browser as they are essential for the working of basic functionalities of the website. We also use third-party cookies that help us analyze and understand how you use this website. These cookies will be stored in your browser only with your consent. You also have the option to opt-out of these cookies. But opting out of some of these cookies may affect your browsing experience.
Necessary Always Enabled
Necessary cookies are absolutely essential for the website to function properly. These cookies ensure basic functionalities and security features of the website, anonymously.
Functional
Functional cookies help to perform certain functionalities like sharing the content of the website on social media platforms, collect feedbacks, and other third-party features.
Performance
Performance cookies are used to understand and analyze the key performance indexes of the website which helps in delivering a better user experience for the visitors.
Analytics
Analytical cookies are used to understand how visitors interact with the website. These cookies help provide information on metrics the number of visitors, bounce rate, traffic source, etc.
Advertisement
Advertisement cookies are used to provide visitors with relevant ads and marketing campaigns. These cookies track visitors across websites and collect information to provide customized ads.
Others
Other uncategorized cookies are those that are being analyzed and have not been classified into a category as yet.
SAVE & ACCEPT